Imagine a mall. Now, whichever you were imagining, unless it's Mall of America, make it bigger. Conjure a sprawling megalopolis including every imaginable form of commerce. Home improvement stores, book stores, an inordinate number of pet shops. Now scan over to the second floor, off in a little side wing. Hard to see, unless you look for it. One store out of hundreds, that's just for Nazis.

By Nazis, I don't mean people you disagree with, or people who are bad at their jobs. I don't mean George Bush. I mean people with swastika tattoos, who have at the core of their ideology that members of certain races are something less than human. Real, honest to goodness Nazis.

The store sells flags, and videos, and whatever else Nazis buy. I don't know - those idiotic Pinochet was Right shirts probably. But it's just one store. If you don't go looking for it, you might walk through the mall without ever noticing it at all. Still, if this scenario was real, no one would call this place "the mall with one Nazi store" or "the mall of open exchange of ideas", nor should they. They'd call it The Nazi Mall. I'd call it the Nazi Mall. Because in any functional sense, that's what it would be.

It's ultimately a branding choice. That hypothetical mall has decided that the rent paid by NaziTown each month, and the collateral business it brings in, is worth more than any potential backlash, which (one hopes) would be severe.

Extremism thrives on tolerance. The idea that all ideas have equal right to time, and should be judged equally against each other, is a pretty one in concept, and in practice tends toward genocide. There are some ideologies so far from the range of acceptable human behavior that to tolerate them is to invite them in. To accept its existence on your property is to become complicit.

I like Twitter, in concept. Being on the platform has exposed me to so many brilliant, funny, amazing human beings. It's also shown me some of the worst things and people of my life. Some of that is the nature of online communication - the two sides of the massively multiplayer social media experience. But no network has so explicitly supported extremist right-wing hate like Twitter has. Alex Jones has been dropped by all sorts of networks, but not Twitter. Twitter verifies the Proud Boys and the leaders of anti-immigrant hate groups. And of course, no one with any literacy on 21st century media can look you in the eye and tell you that without Twitter, Donald Trump would still be president. He just wouldn't.

The far right has weaponized Twitter, incredibly effectively, and with the full knowledge and implied consent of Twitter itself. And on the far right of that far right are those guys with SS tattoos, the ones who murdered Heather Heyer and who shoot up Sikh temples. Real, literal Nazis.

I truly don't believe that people are defined by the worst thing they've ever done, but platforms are not people. Platforms are marked by the worst thing they allow, because allowing hate and embracing it on a private platform is exactly the same thing. You don't get to platform Nazis, then claim you are anything but a Nazi platform, and for now, Twitter has made itself exactly that. 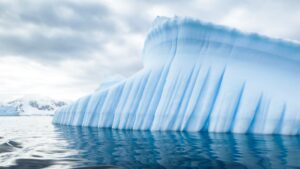